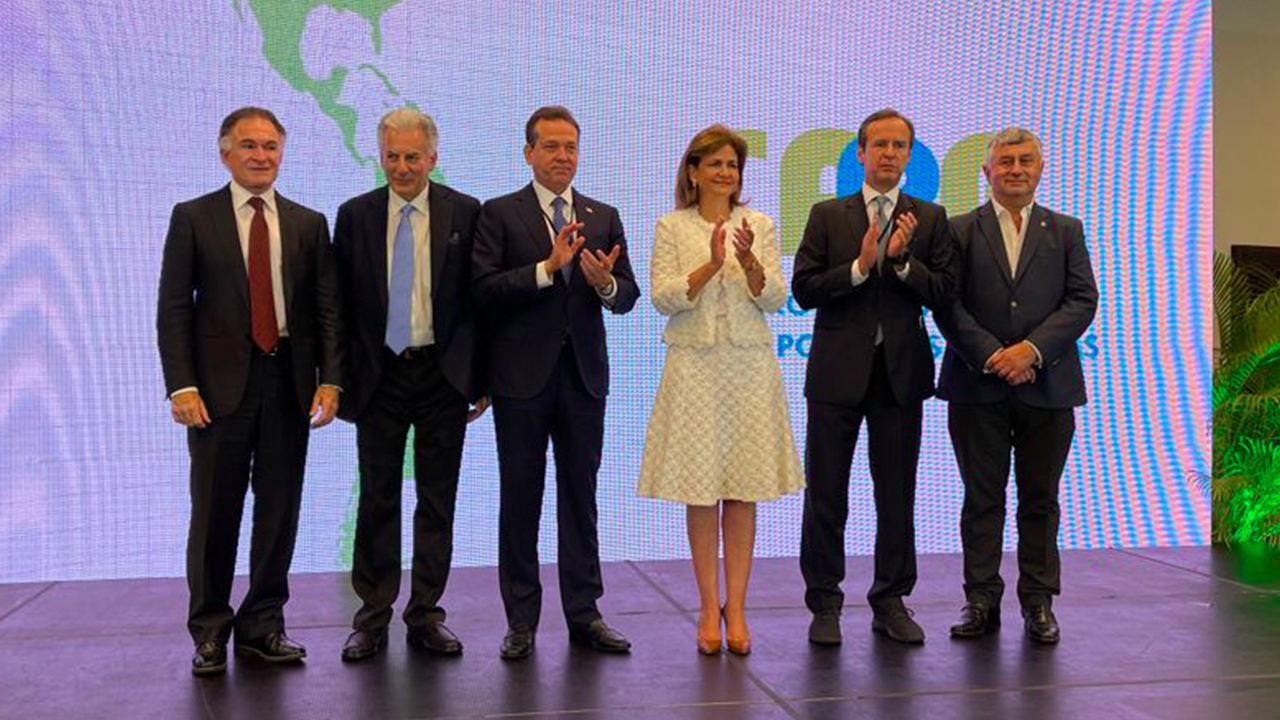 Santo Domingo - Dionisio Gutiérrez, president of Fundación Libertad y Desarrollo participated at the Regional Meeting of Economic and Geopolitical Challenges in Latin America and the Caribbean, endorsed by the Center for Analysis for Public Policies (CAPP); the International Foundation for Freedom (FIL) and the Liberal Network of Latin America (Relial), where the perspectives on democracy, growth and development for Latin America were addressed.

In the panel “Economic perspectives for Latin America and the Caribbean”, the president of Fundación Libertad y Desarrollo analyzed the future of the region, with specialists in the economic field and the tourism area.

Regarding the downturn of Latin American economy aggravated by the Covid-19 crisis, Gutiérrez pointed out that: “The burden of a negative economic balance prior to the pandemic has been dragging us down. It will take until 2026 to return to the levels that the region's economy had in 2013. In 2014, Latin America achieved the highest GDP per capita in its history, and between 2014 and 2019, Latin America had one of the worst performances since 1901. In that sense, by 2019, GDP per capita had already fallen 14.2%. With Covid-19 the consequences were even more serious. If we add the reduction in the GDP of Latin America, with 2020 included, the decline is of 30%”.

He highlighted the importance on the defense of classical-liberal and democratic values​ in order to achieve development: “These numbers represent a challenge on the defense of the values ​​of democracy and freedom. If we do not join forces, the future could be even more complicated”.

Finally, he explained three ways in which the region can add strategies to face the current crisis: “Finding a way to make a strategic defense of classical-liberal values, create an economic growth agenda, and accompany this agenda with a good policy and improve public services”.

The Bicentennial of a nation under construction
15 Sep 2021 - Latest