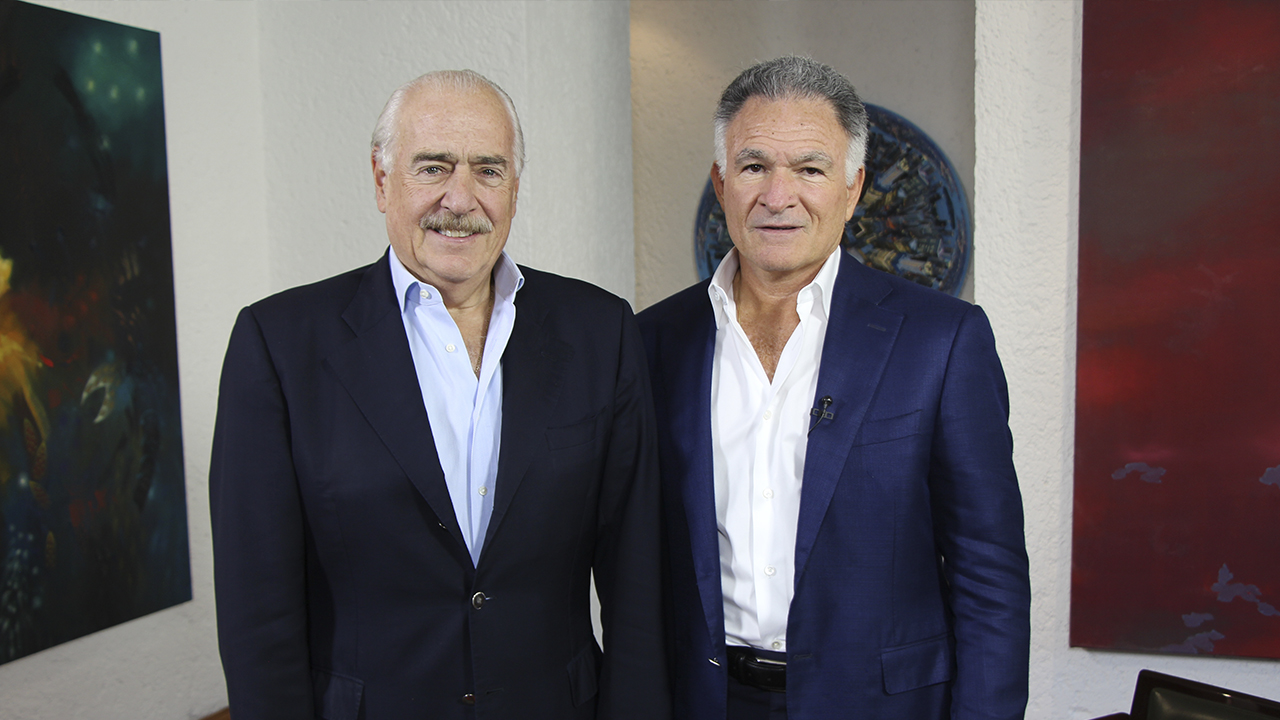 Guatemala City – Dionisio Gutiérrez met with Andrés Pastrana, former president of Colombia, in his recent visit to Guatemala. During the meeting they discussed issues such as drug trafficking and the criminal seizure of public institutions in countries of Latin America..

Dionisio Gutierrez started the meeting discussing the discredit of politics due to drug trafficking: “Drug trafficking is the largest problem of politics, it has turn into the murderer of democracy, and the principal cause of the breakdown of the rule of law. It has led to violence, death, corruption and criminal governments”.

Andrés Pastrana said: “fight against drug trafficking should not be a single-party effort, but the country’s priority. It must be a government policy that remains over each administration”.

Gutiérrez explained that in order for Guatemala and other Latin American countries to overcome organized crime and reach acceptable development levels, they should focus on strengthening the rule of law: “The path to law compliance and the rule of law goes through politics recovery and a government that accomplishes its functions in a modern world. This is an essential effort to consolidate democracy”.

Pastrana remarked that Guatemala and other countries such as Venezuela would need a strategy akin to Plan Colombia which focused on four points: strengthen the justice system, strengthen the military force, illicit cocaine crops eradication, and social investment and alternative development.

Gutierrez finished the meeting discussing about the responsibility of the political and economic elites and the necessity of leading experts to generate positive changes. He said that the accomplishments of Plan Colombia “were done because of Pastrana’s leadership and his capacity to strengthen the justice system and the government, which achieve large-scale changes for his country”.