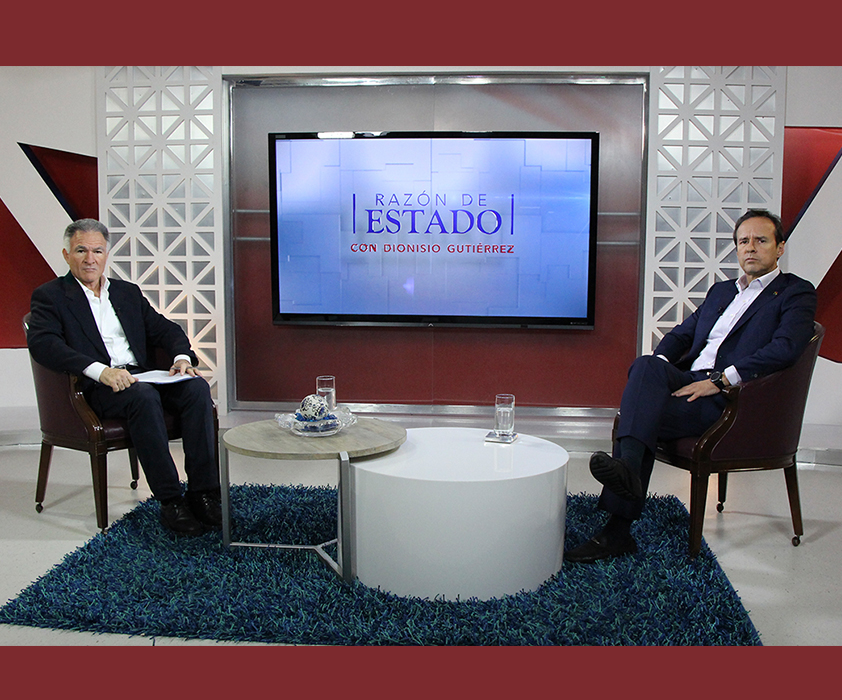 Guatemala City - Last March 6, Dionisio Gutiérrez met with the former president of Bolivia, Jorge Tuto Quiroga, within the framework of the IV Encuentro Ciudadano. During the conversation, they discussed the crisis in Venezuela as well as the necessary conditions to guard Democracy in Latin American countries.

Gutiérrez started the meeting with an analysis about Venezuela: “The richest country in Latin America lives the most severe humanitarian catastrophe in the history of our continent.  This murderous tyranny managed to divide the Venezuelan society and the cost has been too high”

Quiroga explained the situation of such country, which he finds similar to the case of Cuba and Nicaragua: “The origin of the problems in these countries is "continuity", which does not allow other parties to reach office, thus wiping out democracy, fostering corruption, destroying independent institutions and muzzling the press"

However, despite the difficulties, Gutiérrez mentioned that “this is an important moment for Venezuela.  In the twenty years of dictatorship, probably this is the first time in which we see a real opportunity that cannot be wasted.  Advantage has to be taken with an internal military coup or with military foreign intervention”.

Quiroga expressed that what is needed is “to halt military Cuban intervention. Maduro handles the speech of a hypothetical North American military invasion -which has not happened- so that people do not realize that what is really happening is a Cuban invasion that is imprisoning and torturing the Venezuelan people”.  Additionally, he described five elements that democracy in Latin American countries requires: “free and transparent elections; independent institutions; free press; opposition right without the risk of jail; and the respect to time in office established by the constitution”

Gutiérrez concluded with a message to the citizenship: “Each election cycle we dust off democracy to later forget our citizen responsibilities, and instead of being active citizens, we are passive witnesses of governments that kidnap the present and future of our nations.  We need to claim self-respect.  Citizen commitment and participation on the public arena of the proposal and debate of ideas is indispensable”

Watch the panel of former presidents, where Jorge Tuto Quiroga participated at the IV Encuentro Ciudadano.

A call for sanity and responsibility
25 Nov 2020 - Latest