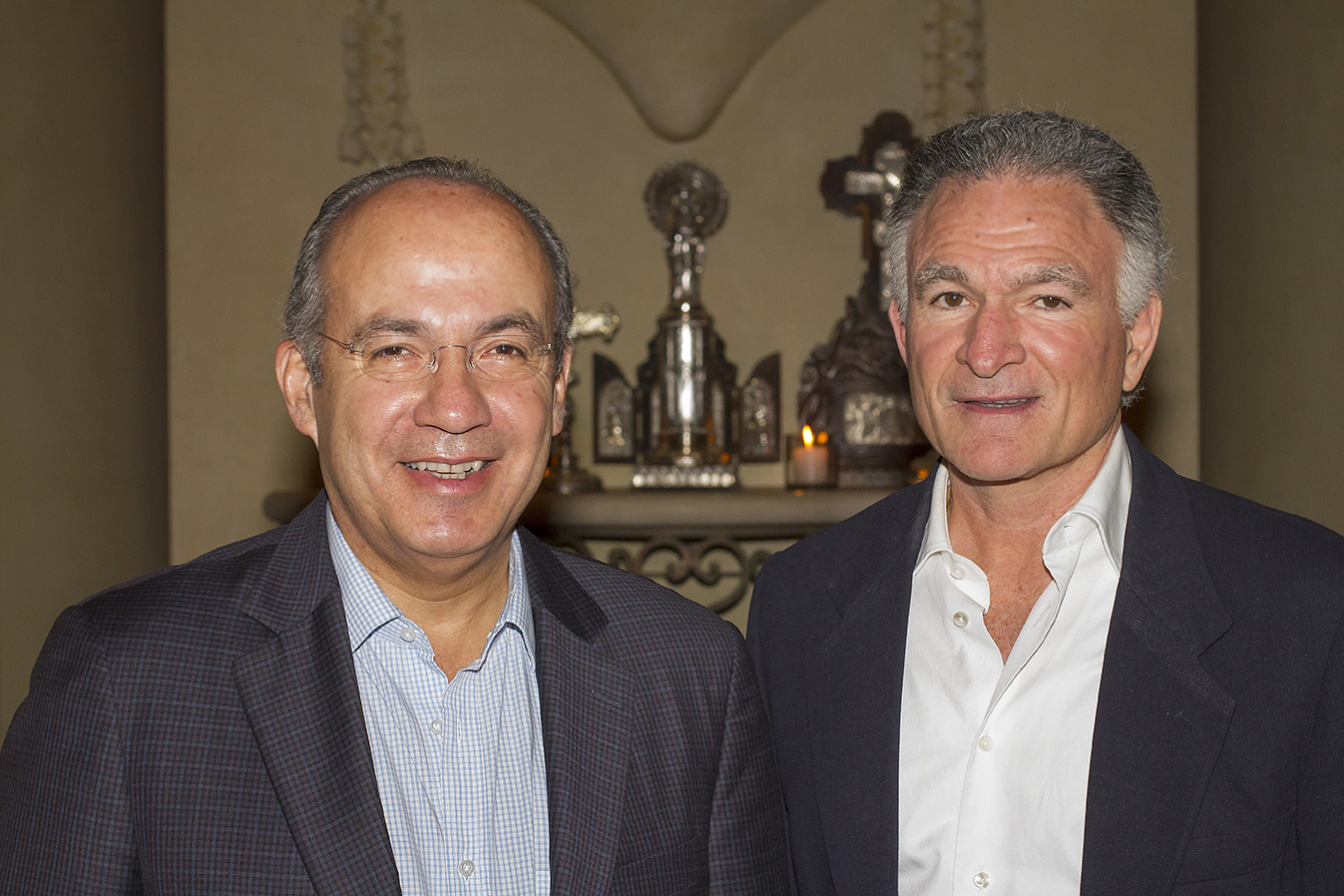 Dionisio Gutiérrez, President of Fundación Libertad y Desarrollo [Freedom and Development Foundation] met with Felipe Calderón, President of Mexico (2006-2012) to discuss about the seizure of the state by organized crime in different countries in Latin America.

Dionisio Gutiérrez started the meeting arguing about how drug trafficking has affected democratic institutions: “We are talking about an important source of corruption. It contaminates political processes, especially electoral processes because many positions in the Congress, City Halls, and even presidential positions serve to drug trafficking.”

Calderón agreed and talked about his experience in the presidency of Mexico: “When I inaugurated the presidency, organized crime, starting from the most important drug cartels, was taking control of state institutions, especially police, judges and governors. It was a situation where organized crime’s power was increasing rapidly and at the same time the state’s power was deteriorating. The challenge was to reverse the process.”

Gutierrez explained: “In states with high dysfunctional levels as Guatemala, corruption has become common and impunity is the framework in which it is developed. To fight this, we need political parties that alternate the power, take the roll as liaisons between society and the state, and continue with public policies managed by a permanent professional technocracy.”

Furthermore, Calderon described how he fought against drug trafficking during his presidency: “We had a strategy with three core areas: fight crime instead of disregard it; reinforce security and justice agencies; heal society. What concern people the most is not drug trafficking, but the way people is threatened, extorted and kidnapped. The State must redeem its obligation to protect people; I believe it is a goal that Guatemala and Mexico have in common."

Gutierrez concluded: “Our weak democracy must be transformed into an opportunity to guarantee the refusal to unprepared and opportunistic political parties. In this electoral process we must demand from all candidates a project to govern, a proposal, a team and a vision for Guatemala”.

A call for sanity and responsibility
25 Nov 2020 - Latest