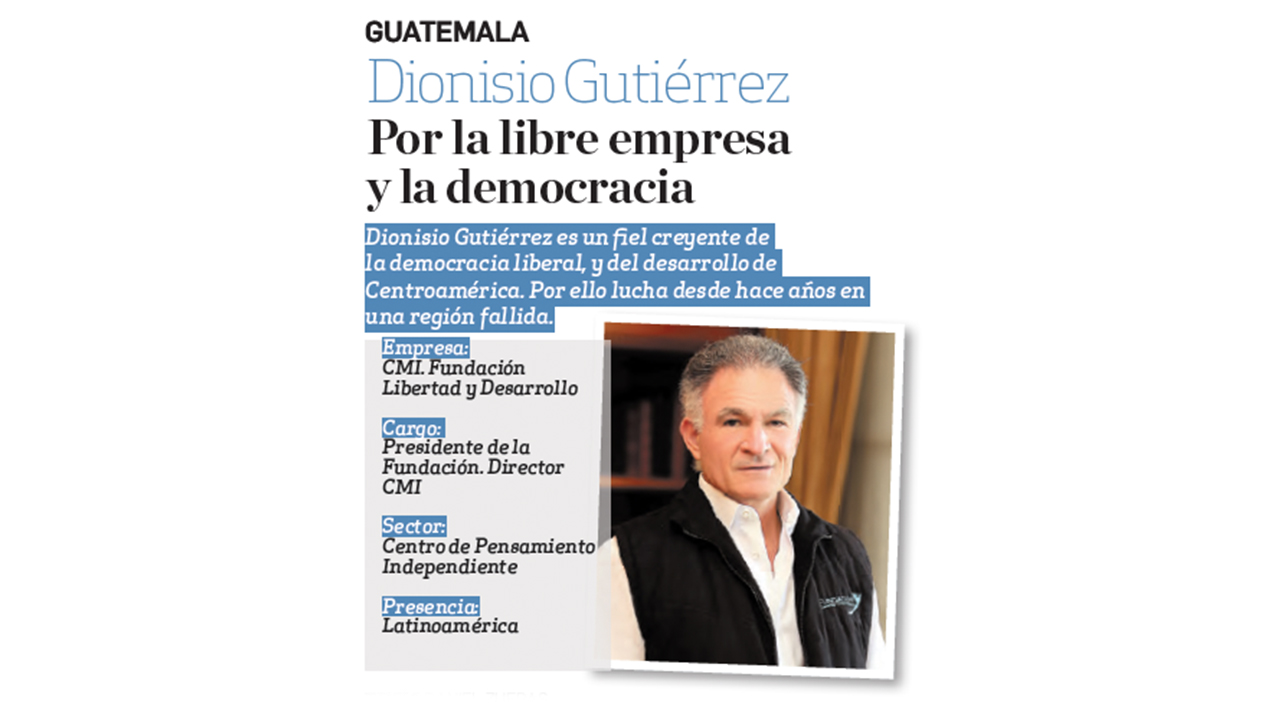 Honoring it’s 250 editions and its 21 years of existence, the Central American magazine Estrategia y Negocios listed the 50 most admired businesspeople in the region, including Dionisio Gutiérrez for his civic  and academic work from civil society, as President of Fundación Libertad y Desarrollo.

The 50 names were chosen through a survey with readers from all over the Central American isthmus, most of whom are senior executives of regional companies or owners of medium and small companies. The winning profiles stand out for being entrepreneurs, leaders and large companies that have succeeded in the economic development of the region for decades. Gutierrez is among the top ten most admired businessmen of the region.

Dionisio Gutiérrez, while presiding the family corporation until 2010, has had a civic career in Guatemala of nearly 40 years. Throughout these decades he promoted spaces for debate and discussion from his television program, Libre Encuentro, which was broadcast for almost 20 uninterrupted years and had audience records all over Central America.

Thanks to his civic work as president of Fundación Libertad y Desarrollo since 2012, and as host of the television program Razón de Estado since 2018, Dr. Gutiérrez is “a businessman and social leader, all in one. He believes in a united Central America and points out that the post-pandemic world will be different from the one we know, with much more uncertainty. The erratic and authoritarian decisions of the governments, the reduced fiscal space and the weakness of the institutions of our democracies will make us face economic, social and political challenges”, the publication recognized in this special edition.

Also, they pointed out that: "Gutiérrez believes that in the post-covid world, companies will be more efficient, more humane and more exposed. A great deal of importance will be given to developing resilience and diversification". Finally, they stated: "Dionisio Gutiérrez believes that citizen commitment is necessary to build better prepared countries, with better health, security, infrastructure and public policy systems".